Our patented foil coffin system can be used for low-cost international transport, even by plane. An expensive zinc coffin is no longer necessary.

Our protective films seal corpses airtight. We have already supplied numerous hospitals during the Ebola crisis.

Since recently we also have an online shop. Simply add the product of your choice from our price list to your shopping cart.

To the online order

Compared to the zinc coffin you save ~500 € per transfer

Numerous undertakers and hospitals use our product.

The Pharopack coffin is a five-layer special foil made of metals, plastics & adhesives, which simplifies many things for the undertaker who wants to transfer a deceased across borders safely and 100% airtight.

Until today, a transfer abroad usually took place in an expensive zinc coffin, which had to be laboriously soldered and then inserted into a wooden coffin, which was transferred to the country of burial by car or plane. Furthermore the choice of a coffin was limited by the existing zinc coffins to a flying coffin or few other coffin models.

In 1995 a new system was developed in the USA. With this special film, patented in the USA, the undertaker can confidently do without a zinc coffin. Thanks to a very cost-effective process, which does not require any consumables such as gas, solder or adhesive, it is now possible to seal corpses absolutely safely and easily.

This system has now been adapted by us for the European market and has been sold very successfully so far.

You will need approx. 2.10 m of film for a transfer abroad, this corresponds to a final price for a 73 m roll of film of only 30.06 Euro as well as sealing tongs which have to be purchased once (price from 49.- Euro). Further consumables are completely unnecessary. With each transfer the undertaker thus saves about 350,- Euro*.

A similar film has been in use in the USA for decades.

For some time now it has also been available in Germany, we already offer it at a price from 15,- Euro/m, this means that instead of a zinc coffin, which costs approx. 180,- Euro, you only have

from 30.06 Euro in costs*, consumables are completely omitted.

Have we aroused your interest? 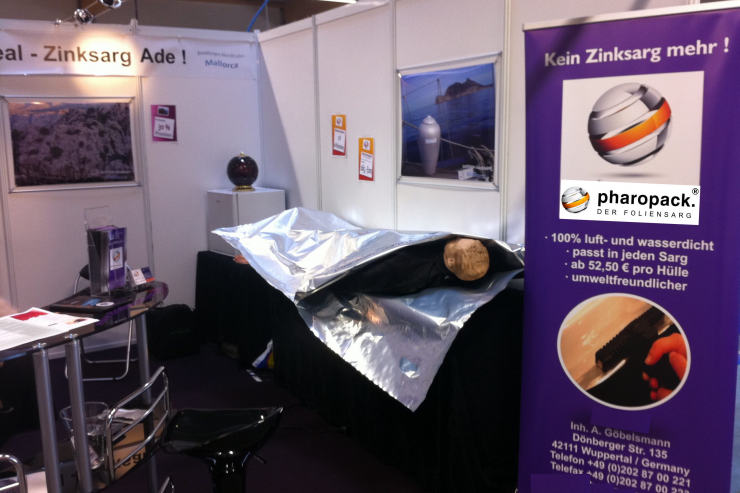 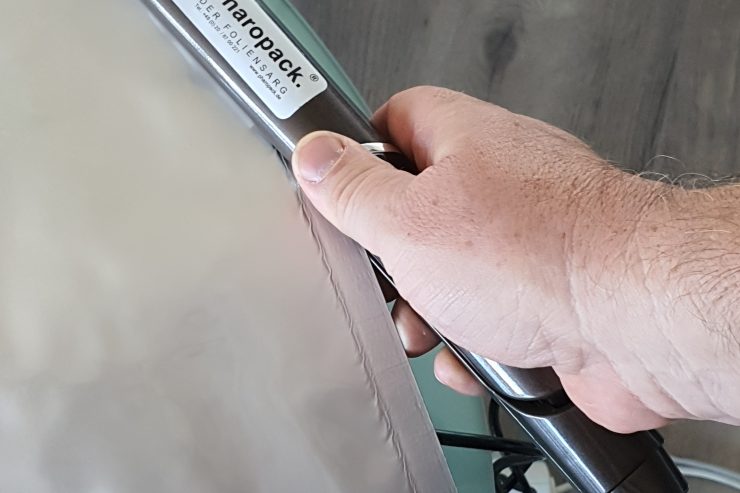 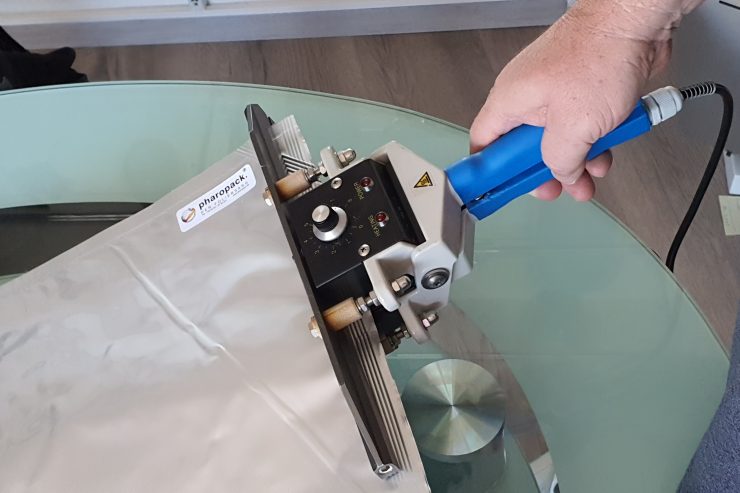 All our prices are net prices. 19% sales tax will be added.
Our offer is aimed exclusively at business customers.